TOOELE, Utah — Jesse Love and Blaine Perkins stepped into rides with long pedigrees of success for the 2020 season, and they both showed Saturday they have the racing skills to live up to the lofty standards.

The results were a pair of first-time winners.

Love powered the No. 19 NAPA Power Premium Plus Toyota past Perkins on an early race restart en route to the win in the first 30-lap race. And then Perkins made sure Love never had a chance to do it again, as he paced the field for the entire 30 laps in the second race in the No. 9 Sunrise Ford/Four Star Fruit/Lucas Oil Ford.

What a performance from @jesselovejr1 to grab the 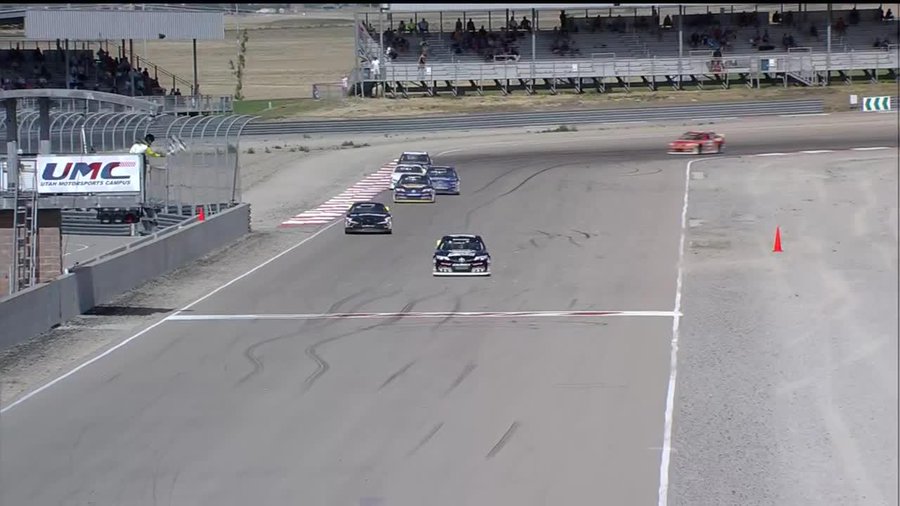 He earned the first in qualifying earlier in the day Saturday on the 2.2-mile road course.

But Love, who qualified third, quickly moved up to put pressure on Perkins. The 15-year-old from Menlo Park, California, used the outside groove on a Lap 8 restart to get around Perkins and take over the top spot.

Perkins wound up going off course late in the race, opening the door for Kris Wright — a road-course racer making his ARCA Menards debut — to grab a runner-up finish. Wright finished 1.1.54 seconds behind Love.

Perkins wound up 11th. was able to quickly rebound. With the field for Race 2 set by a driver’s fastest lap in Race 1, the 20-year-old from Bakersfield, California, collected his second pole of the day. Love also earned a front-row starting spot. Perkins jumped out in front of the drop of the green and never looked back, winning the second race by 9.398 seconds.

Not a repeat.
Career win No.

Congratulations @BlainePerkins21 on your first 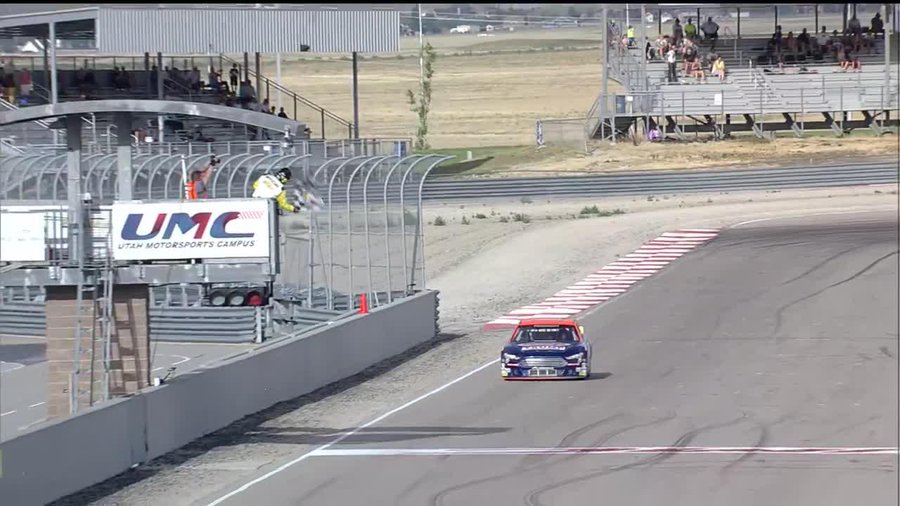 17 people are talking about this

Souza was sixth, followed by Trotter, Rodgers, Kaminsky, and Hollan.

Love, who was second in the season opener, now has a nine-point lead in the championship race over Perkins. Scelzi is another nine points back in third, one ahead of Trotter and two in front of Souza.

The ENEOS/Sunrise Ford Twins presented by West Coast Stock Car Hall of Fame aired live on Trackpass on NBC Gold and is available in its entirety on-demand.

The ARCA Menards Series will head next to southern California for the ENEOS 125 presented by NAPA Auto Parts at Irwindale Speedway on Saturday, July 4.